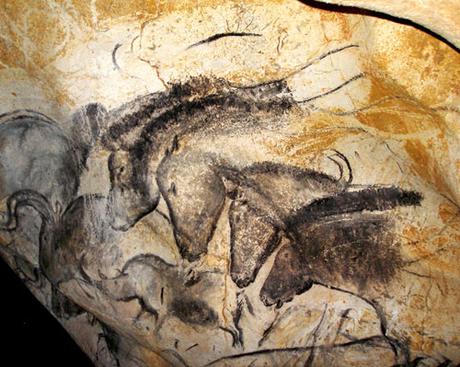 it’s 11am, i know it because of the cart going past in the street. it’s not really that significant in itself, but what strikes me is the fact that after all these years, i have not been able to get used to the sound of those draft horses’ hooves against the cobbles as they go over the bridge. it is so anachronistic to my senses; like a half remembered dream which repeats – familiar but always new.

the banks of the canals are crumbling. cracks appear, grow wider until eventually a piece of the retaining wall breaks off. after that the compacted mud starts sliding faster and faster into the water. every large delivery truck passing sends its vibration deeper into the walls to loosen more of the mud until we can just make out the seventeenth century wooden poles and foundations. the water helps to carve out the exposed parts like a child licking an ice cream cone. they will close the road for repairs soon and i will miss the horses.

leaving the main road to lyon behind me, hunger drove me into the nearest village market and the selection of pastries and breads now in front of me. the sound of the cicadas nearly drowned out the sound of the man’s voice next to me. he wasn’t particularly tall but he had a certain stature, his skin brushed with that particular teint of the people of the ardèche. his hair a black ruffle and his farmer’s hands ripe with the wisdom of the land.
he handed the boulanger a few packets, neatly wrapped with paper and twine, the boulanger nodded and wrote something down in an old floured ledger. i could hear their agreement as they laughed and bode each other farewell. the farmer’s accent was as rough as his hands.

i decided to buy one of the wrapped breads which those strong hands had held just a few moments ago, not because i thought they were the freshest, but perhaps in a hope to gain some insight into the life of those hands and this land. i purchased some cheese and fruit from another stall nearby and sat down on one of the rough hewn benches on the square.
as if in some mythical apparition, the farmer appeared between the bustling of squat vendors; slowly passing through the action on a massive heavy horse, his proud stature almost advanced to a princely level by the greetings of the townsfolk. once in the main road they broke into a trot past the parked vehicles and as the dust of the square mixed with the bread in my mouth, i experienced the taste of his hands.