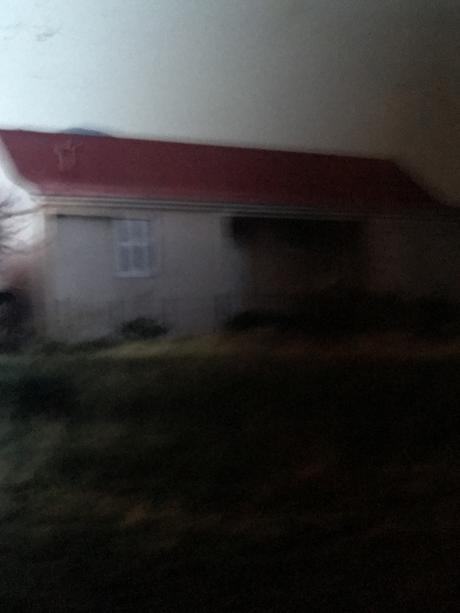 nostalgia is my favourite drug

i love spending time outside the present reality, outside myself that is. it’s when i connect to my former self, when i realise how i began to be. as raymond oliver said: ‘how did our childhood affect our adolescence and our puberty prepare for our love affairs?’

my grandmother had two houses, next to each other, well three if you count the house on the farm, but at leat two at a time. i remember the second one more than the first but something about those houses stay with me…
i don’t know if it’s the fact that i knew my grandfather died there or the darkness from the frangipani tree, but the fact remains that both are a part of me.
i’ve seen the pretty pictures taken on the stairs in the seventies and even ones of myself, but they are insincere moments of what i experienced as a much shadier place; perhaps it was because i only visited in summer when the leaves on the trees would cast trepidatious shadows over the house, the first house.
the time i awoke to continuation was at the second house. i had come to visit yet another summer and this time i was given a tricycle, my uncle’s old tricycle, this was odd to me as the firstborn and eldest grandchild, i’ve never had anything handed down to me before.

i recall being so excited at the idea, but when they took it down from the garage attic, the tricycle was rusty, hard to pedal and even harder to steer. in my disappointment, i stared at the flaking paint, the crusty rubber handles and decided to play with something else instead. My reluctance was not just the effort to get it going or the exhaustion after a few rounds, it was the haunting metallic squeaking; a reminder of decay and previous lives past.

the house, the second one, was right next to the train tracks and a crossing; the sensation of waking at night with the lights passing, the wheels’ clicking and a horn hooting was so alien to me as suburban boy; yet friendly alien. it was clearly playing in on my sensibilities or prescient in some way; later i became as thrilled with boats and aeroplanes only to grow up with a fatal fondness for traveling. the idea of venturing elsewhere probably started with those trains and that tricycle.

my summer at grandma was perhaps not every child’s dream, climbing the fig tree and spying on the neighbours across the dusty track of road, maybe a biscuit now and then. it was a pleasant but lonely time. my grandmother was always in the kitchen; retired from her job as the matron at the provincial hospital’s kitchen a few years earlier, the effect of a lifetime of cooking in quantity had clearly not worn off.

the days passed; i kept thinking anxiously about the tricycle standing just outside the kitchen backdoor, like a bad memory or procrastinating on filing your tax returns. it was taunting me to a point of frustration and there wasn’t much to distract me from it. we were clearly at some stalemate this tricycle and i; neither of us budging from our position and the holiday was almost over.

michel gondry’s détour brought back that pivotal moment. our memories and emotions blur through time but if we go back a bit further than mere indulgence we recognise the building blocks of our current selves. the small things that shape us, circumstantial perhaps but the way we process things gives us a handle on who we are, or who we might still become.

between the first house and the second a steep paved path ran behind the garage which separated them, we seldom used it and it was dotted with opportunistic weeds and grasses growing through the cracks. i decided to make my final stand there. i pushed the tricycle up the path with great effort until i was nearly at the back door of the first house. that was where my grandfather had his fatal heart attack on his way to feed the dogs, their empty cages now staring quietly across the backyard. those eyes will be my witness i vowed.
at the top of the path i turned the tricycle, aiming carefully to miss the rainwater tank and the fig tree; i don’t remember being nervous but remember putting my trembling hands on the cracked handles.

i know now that although everyone is beset by challenges, and the ‘voice of authority’ - a term i adopted from laurie anderson - always push for overcoming these, the thing i learnt on that day was more about choosing your battles.

i ran the first steps next to the tricycle and then let it go with one last push. it’s squeaky wheels went rambling down with the pedals swinging wildly in the air like a drowning cat, but it kept its bumpy course until it inevitably crashed against the opposite boundary wall. the empty crash swiftly brought my grandma to the scene, her apron wafting behind her and a pan still in hand. she gave me such a scornful look that i immediately rushed down to survey the damage. the tricycle was so robust that nothing was broken or bent, only a piece of white plaster lay on the paving and a red brick peeped through where it had hit the wall. my grandma just shook her head and said: ‘i’m so glad you weren’t on it.’ and so was i.