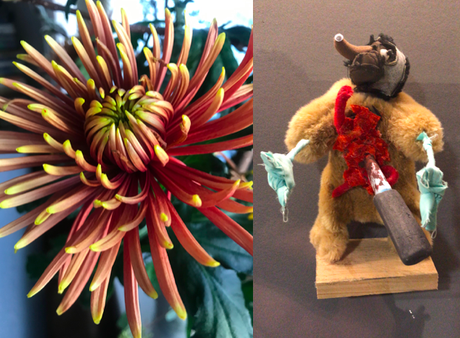 i was perhaps caught off-guard this past holiday season. it seems as if the amount of stuff just gets more by the year, and so does the frantic shopping clamour. i even postponed a visit to my favourite grocer not to get caught in the fray. it’s not that i’m averse to gifting, it’s just that i’m averse to mindlessness and watching the sheepish shoppers responding to even the most mundane incentives creeped me out completely. awestruck, i witnessed the carnage before christmas, completely unaware of the onslaught of post-festive-season-sales to come. accumulation ad nauseam.

western concepts of freedom come in varied and contradictory form - the privacy and censorship battles alone being a case of the latter. aside from these we’re inclined to believe we have certain freedoms in a modern capitalist model, but when confronted with the basic freedom to choose, we often draw a blank.

choice is either simple or complex; complexities are usually associated with advanced decision making - a skill still sadly lacking in society. assuming the direction of thoughts require logic and knowledge which together guide the process, where does this leave emotional sentiment?

material decisions based on want rather than need fall into this category. the want is controlled by emotive factors which are largely concerned with identity and acceptance.

the knock-on effect of consumerism and waste; often choices are made automatically and often we are at pains to explain them; why?

cumbersome as it may be, even with a simple chore such as buying groceries, make a u-turn at the checkout and inspect your intended purchases. then try ‘le methode chanel’ - where a well dressed woman checks herself in the mirror and look not for what she can add to her outfit but what she can remove. same here; take out what you can do without, or at least question the reason why you specifically want to commit to taking this or that item home with you.

do you really need that?

a friend once told me that everything you own is maintenance. i learned the hard way.

we seem eager to placate our dulled senses with more things whereas i suspect we should train ourselves to experience the beauty and fulfilment in that which we already have. just because there is a new magazine on the shelf every month doesn’t mean you also have to change your wardrobe/curtains.

do we need to control our environment or mould ourselves to it? Simply put, the former is generally viewed as progress whereas the latter is more of an evolutionary process.

nature possesses this harmony between simplicity and complexity. to achieve this we also need to focus on the simplest form of existence rather than find ways to simplify our complex lives. if we succeed, we will attain this beauteous simple form without device while we retain the complex nature of our being. it’s not a compromise as much as an intrinsic awareness of what is already there. this is why decisiveness is such a difficult attribute to acquire and choice becomes a pain of distraction and eventual disability.
we are led to believe we can be other than we are instead of knowing who we can be.

What dark flowers bloom in the caverns of your soul?