The Tyranny of Objects

as a child i often accompanied my mother on her shopping trips, not grocery shopping but more the browsing, window shopping, people watching, perfume testing kind. we used to make a saturday of it, leaving my father home to tune the car or exercise his d.i.y. skills. one of our favourite stops used to be the trembling shelves of ‘the gift horse’. a trinket store selling glassware, crockery and laura ashley. little did i know that this palace of finery would one day live up to its name; i entered with trepidation into a maze of crystal filled shelves and other such fragilities, not knowing the burden of it to my older self. As time wore on, i adapted quite well to this type of sentimental impulse buying and eventually amassed a collection of indeterminable number; i was possessed by stuff.

since being my own parent, i’ve guided my offspring away from the affliction of beautiful objects and rather tried to focus them on the transient beauty which surrounds us daily, for that is what i missed most as a child; i didn’t get out much and with my nose ever stuck in a book, it is no surprise that i gravitated to these beautiful shiny things for meaning.
you can blame my change of heart on the fact that i moved to the netherlands (where practicality outweighs appreciation) or on the fact that i now live in such a small apartment that i’m physically constrained from acquisitions, (unless i want to sleep on the floor.) i would probably want to blame marie kondo or those well meaning wabi-sabi fanatics, but the truth is it’s all about my mother and ‘the gift horse’. there were of course other stores like ‘helen de leeuw’ and ‘klaus wasserthal’ which had a magical melange of imported and exotic objet and art, but the fact of the matter was that there was always more of an excuse to purchase something than not. only later i learned through an auctioneer friend that one has to deliberately distance yourself, for each and every auction will bring something incredible, and so will the next, and the next.

i finally understood the first rule of acquisition; there will always be more. one only has to scroll through ig feeds to realise the multitude of beautiful objects that exist and are continuously being created. my fomo eventually subsides and today as i witness the hoards scrambling for the black friday sale, to baptise themselves again in the glory of consumerism, i take comfort in what i’ve learnt and in my son’s words: ‘because i don’t need anything’. 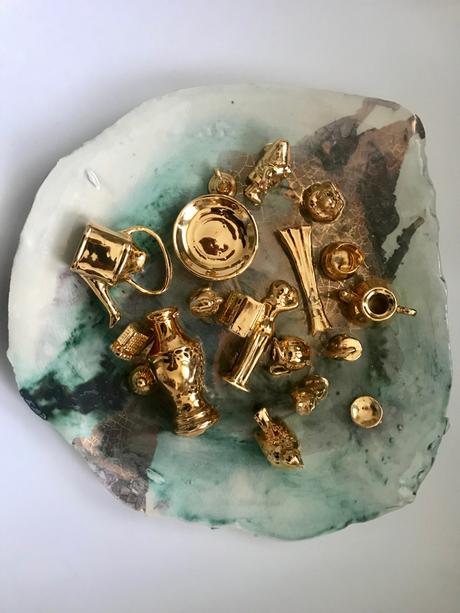