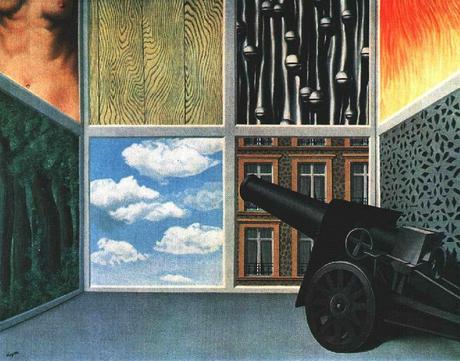 on the threshold of liberty, rené magritte, 1937

watching ‘a guide to recognizing your saints’ again; 2006’s sundance director’s award winning biopic by dito montiel. remarkably the characters retain an authenticity even if the story deviates from the true memoirs, probably resulting from the fact that dito himself is the author, director and subject of the movie. another empathic element is the cool acceptance of the characters’ circumstances, in their resignation it becomes almost anti-aspirational. what pulls the movie together is exactly that familiar everyday suspense in which disturbances are the only relief.

i was standing in the exact spot where leo was shot last month. the boys have been edge since and without leadership for a few weeks, it was s getting pretty tense. nick and rashid have each been testing their popularity with shows of authority; rashid was leo’s right hand man and nick was leo’s brother so it was a tight contest.

it was raining, i was wearing my new boots, which made me feel taller. the lights from the gay bar across the street reflected in the puddles.

my first swing landed across her jaw, i felt the bone under my knuckles and before she could regain her balance i gave her a jolt with my knee in her stomach which made her bend double. as she curled into a ball on the wet pavement, i gave her a last kick in the back.