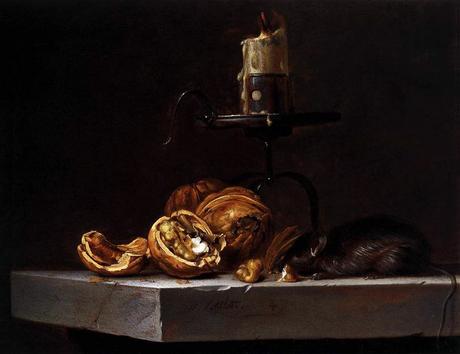 a 1647 vanitas by willem van aelst shows a mouse nibbling at nuts with a recently extinguished candle in the background.

the artist can neither confirm nor deny that any mice were hurt during the making of this painting.

in an experiment: two mice were fed equal amounts. they were placed in the same cage at some distance from each other. chocolate was placed in the centre of the cage. the mice inevitably started fighting. one mouse died.

the cycle is as endless as the moral is pointless; chocolate isn’t a question of survival, fighting for it is.