A Musing on Memory… 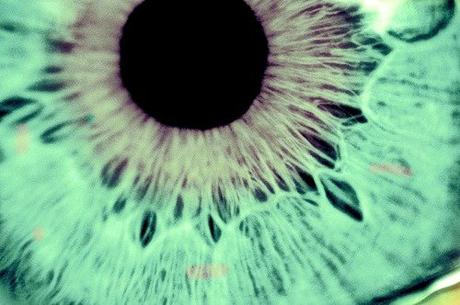 after ploughing through a mish-mash of academical literature and two dozen interview magazines from the 90’s i got totally absorbed by the re-interpritative nature of what we look at in our visually saturated world. the medical intricacies of the biological and neuro-sciences aside, my interest is generally in how we connect our emotions to how and what we see, how an image can invoke a different response at different moments in time / space and the unavoidable deterioration of our capacity to discern our own emotive conditioning.
the visual landscape is deliciously provocative and so laden with sensory information, critical to the entertainment of our insatiable need for amusement - the movement to a sensory pause or collapse is as inevitable as the nostalgic plundering of history.
cycles in trends range from minimal and bare simplicity to the decorative developing into the fantastically banal and avant-garde to then drop back to a realistic focus which moves into distortion and then back to the crude basics - the patterns emerging from these repeated cycles amaze me, its disciples and group-cohesion markers are amplified as they evolve through the media channels and broaden to all-encompassing social levels.
a few constants remain…

i)the memory of what has been before, even if it’s recalled in a naive and mis-contextual way.
ii)what your mama said - our cultural conditioning and autobiographical circumstances.
iii)our need for new-ness…be it a reconstituted collage of past and existing or the reflective faceted dreams of a future.

my colleagues often place great emphasis on values, although to me the malleability and fickle-ness of society has proven their unreliability in predictive models.
the abundantly used zeitgeist principle is a small indication of how our experience relates to time - the time we are in, the one we have been in and the one we could be in. the need to define it only points to our need for controlling it - subliminal programming is integral to the construction of it - an example of the confluence on such a scale of right-idea-right-time-right-place is probably the development of socialist ideology that near supplanted well established norms in a historical split-second, other examples are more practically orientated i.e. manufacturing, technology, etc. there are however always simmering social temperament-alist powers in suspension that are so volatile that it needs the smallest spark to ignite… the surprising wave that follows is generally termed revolutionary.
i know it seems a bit elementary but consider that we only possess an abstraction of sensory memetics; women can’t re-experience the exact pain of child birth, i can’t know precisely how cold i was on the vaporetto in venice last november.
however i can tell you it was 3 degrees or i was only wearing a t-shirt, there is no way of truly knowing unless you are transported into the exact same condition, which your body will then promptly forget as you warm up again.
in most of my work this forgetfulness play a definite though simple role, it’s place in the prediction of elementary responses; the manipulation of sensory stimuli to invoke a pre-defined and measurable reaction - i call it selective sentiment.
there is a plethora of subtleties that escape the consciousness of the preoccupied mind, but though it might be imperceptible to many, their effect is very real and often moving. i believe our definition of intuition should perhaps be adjusted to include an unconscious computation of memetic information rather than just the supernatural we suppose… trusting in your gut feeling.
strangely though that our exposure to the world and the convergence of trends seem to countermand these prescient abilities. the more sensitive amongst us would be the most affected… and my only advice would be take a sabbatical of abstinence from all suggestive material.
if individualism is counterpoint to social acceptance the dichotomy of publicly hailing the happy individualist only alludes to our perpetual conformist habit. trendsetting requires a critical mass of influence and visual positioning is key to expand it - propaganda 101.
the meaning in the memory of what we see forever remains unique regardless of whether our expression of it or it’s influence on our responses may.