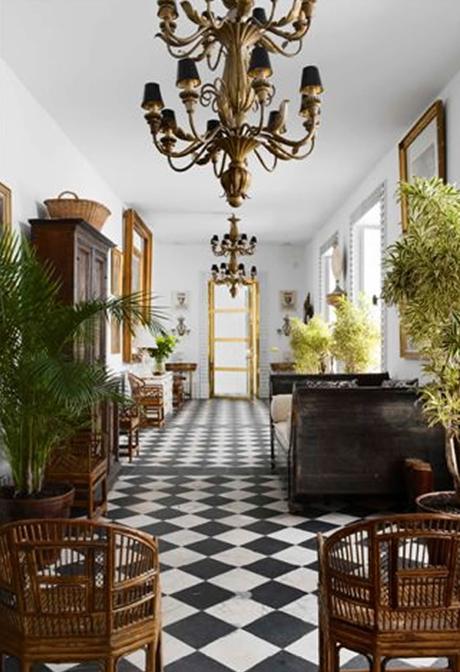 plants are positively the cheapest sculpture. they animate spaces in a very human but alien way. ranging from tablescapes to almost architectural proportions.
there’s always been this love hate thing about house plants. as retro chic and recession creeps in, i’ve found myself more lenient towards the plant vs cut flower debate. i always found it the easiest to just pick some greenery from the old jardin and pop some store bought mix in between. but then i have a floristry background, a variety of vases and a garden. some people don’t. during my super-purist phase, i was very hesitant about plants indoors, in fact, i was hesitant about anything uncontrolled that could upset the delicate nature of my precious backdrop. yes, such a stick in the mud was i. my mother (yes, her again) had the proverbial black thumb and persisted in experimenting with indoor gardens, terrariums etc. the one in the en suite bathroom was highly successful, so much that it started becoming a habitat to more than just the plants. spiders, little lizards and the last straw was a bat.
the one in the living room was about 10 sq meters. in the darkest part of the house. it resembled a moon landscape except that due to insufficient drainage it was littered with rotting plant debris and gave off that pungent smell of mould. keeping all of this in mind, i suppose i could qualify as an indoor plant hater.
it started with orchids. glossy strap leaved cymbidiums and phalenopsis with their slender stalks and moth like flowers. lasting up to 3 months. once they became more available i kept up using them, until the ones that i bought the previous year started flowering again. i never could throw them in the dustbin, i hid them, and finding a flower on one of the discarded ones made me rethink the whole plant thing.
as a decorator i believe they are superbly versatile. if you need height in a corner, animation on a coffee table, or just have an interesting container to fill. the book still needs to be written on which goes where, but suffice it to say that a healthy plant is a pretty plant, despite what type of interior you have. enters the palm. or worse the poisonous diffenbachia. they are more suited to colonial hotels in the tropics and i fail to see why one would use them anywhere else. the reids palace on madeira and the raffles in singapore are perfect examples. i suppose a solarium or mediterranean balcony could survive it. one of my favourite designers Lorenzo Castillo have used the palm and even the fern with great success in his showroom. 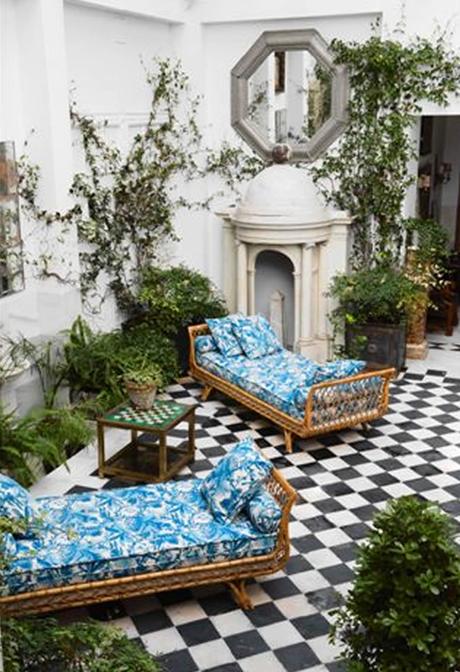 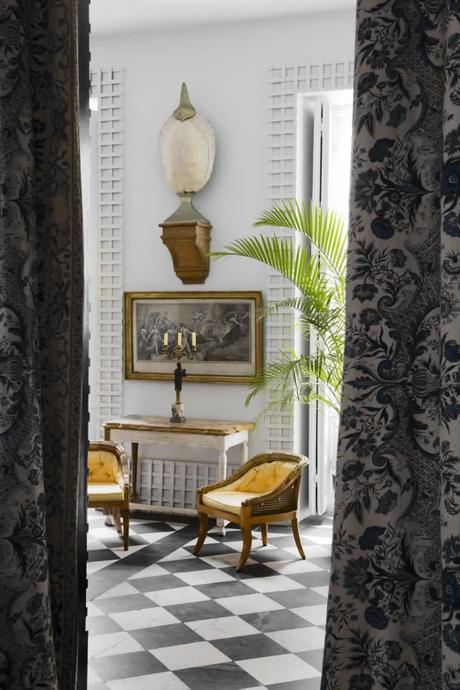