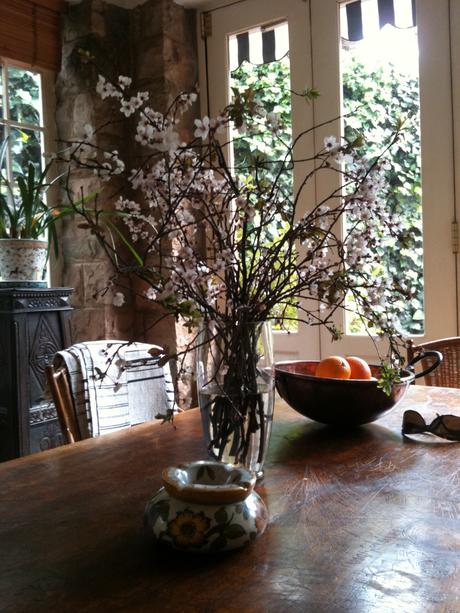 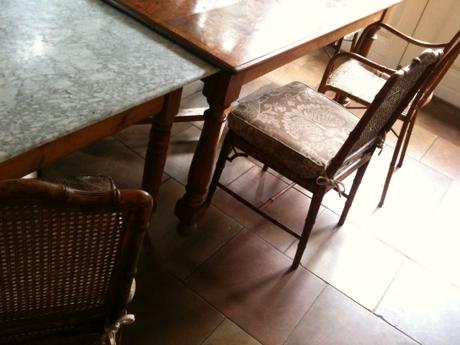 what is probably true of most designers, is that they are constantly bothered. bothered by even the smallest unnoticeable detail. when i was little my aunt gave me a book called how it works? i’ve never looked back. together with my mother’s aesthetic principles like: it doesn’t have to match, or variety is the spice of life, or you’ve got a mind so you can change it, i found myself being ever so practical and versatile in design. my idea of a kitchen table comes from my grandmother and from tuscany. her farm kitchen in the overberg at the southernmost part of africa had the largest stove i ever saw. i can still smell the kitchen with its chipped linoleum floor and cupboards with seventy layers of glossy enamel paint. some couldn’t even close anymore. by all standards this was basic. basic but beautiful. i saw my first bread being made, my first sheep’s head being cooked (that stayed with me). even though the kitchen wasn’t the largest room in the house, it was where we spent most of our time. it was the reception room where neighbours dropped in, the midnight snack room, the spill- the- beans room, it was boardroom, breakfast room and situation room, even emergency room.
naturally, when i had to design my kitchen, all of this played a big role in deciding what goes where. i didn’t have the big stove to gather around in winter, so i decided to put in a fireplace instead. i started looking around for a large table, able to seat at least 14 people. always a sucker for italian, i looked at lorenza de’ medici’s kitchen. there was a massive table with a marble inlay for cutting and preparation. i was set on getting something made exactly like that. after finding the price of this custom made wonder a little prohibitive, it was back to grandma’s kitchen. her setup was quite ingenious and probably developed over time and as required. in the kitchen she had about four smallish tables. one on castors, one yellow formica table, scratched and riddled with burn marks , a rickety one that could have been made of odd planks around the back door and then one round one. now, these tables were moved around so often to suit the number of people and workspace required, that they made little paths in the linoleum. when more people dropped in the tables were joined with a menagerie of chairs. totally charming, if not quite the savoy.
so, this is how it happened that i deliberately mixed it up. we started using the wooden table top as a scratchpad for all sort of inappropriate nonsense (actually the children started it). the marble is great for cutting and messing and baking and painting and homework. look ma…no trivets. it’s for for the children, in honour of my grandmother’s kitchen and the atmosphere it created. for comfort and practicality’s sake. and for the fact that i believe every room should be a room. even the kitchen.