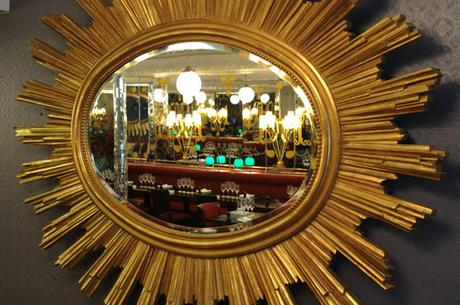 on a previous visit to paris, i was pressured by some in-the-know parisians to worship at another temple of costes; thoumieux. i was reluctant but needless to say i obliged and thank the heavens i did. i am usually sceptic of the over-styled serious-design-orientated restaurants who concentrate their efforts to impress on an uncomfortably inhuman scale that renders the place a veritable circus of sorts with food to match, but i was delightfully surprised at the venture put tother by ex-crillion-chef-extraordinaire; Jean-François Piège and hospitality-wizard Thierry Costes, which didn’t lack any of the tell tale tatty that that so often invades designer public spaces. careful attention to design, materials, ergonomics and menu were evident. it seemed their attention to detail left nothing amiss from general ambience and fixtures to food and flavour. from the inspiringly curious typeface they expanded to create details for a brasserie interior, a hotel (eventhough i might add in paris a broom closet can be a hotel) and a sumptuous dining room all the while flawlessly incorporating it into the hardware, carpets, furniture and lightfittings. the latter was done with the input of über-designers india mahdavi and pslab. call me victorian but i am always fascinated with the effect of all details surrounding my dining experience, and i believe the balance they achieved was as rewarding as the meal i enjoyed. j’adore. 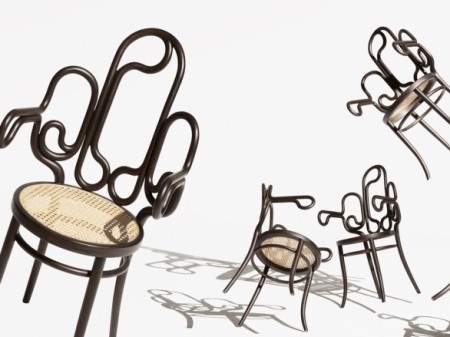 After 20 years as graphic design stars, M/M (Paris) is pushing into the next dimension with a uniquely twisted take on fixtures, fittings and furniture. The French duo, who has previously worked with the likes of photographers Inez van Lamsweerde and Vinoodh Matadin, and artists Pierre Huyghe and Philippe Parreno, has taken its own typefaces as a starting point, unravelling them and crafting them in 3D form – in this case out of Brentwood and rattan for Parisian brasserie Thoumieux. 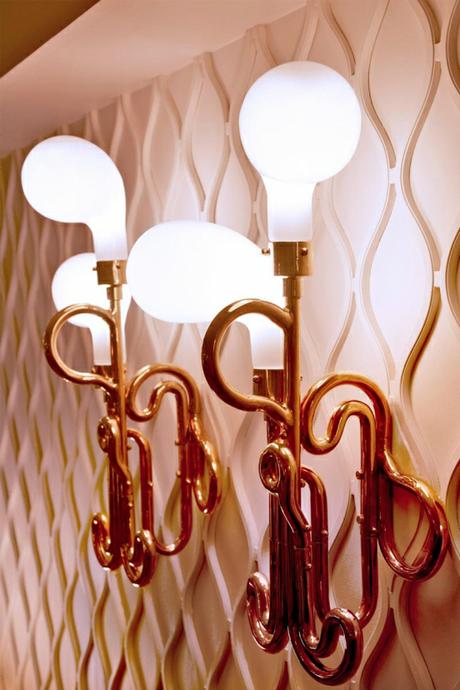 On the hotel room walls, India Mahdavi’s choice of strongly hexagonal embossed wallpaper would interact strongly with any lighting fixture. There was also no possibility of recessing the product into the walls to conceal the technical elements of the fixtures.
The product was a set of three concentric curved ‘ribs’ around a central cavity, fashioned in brass. The bulb was placed in the central cavity, and topped with a reflector that refracted the light back into the fixture before it exited into the space, giving a softer glow. which nevertheless provided a visual interruption to the highly patterned interior design. 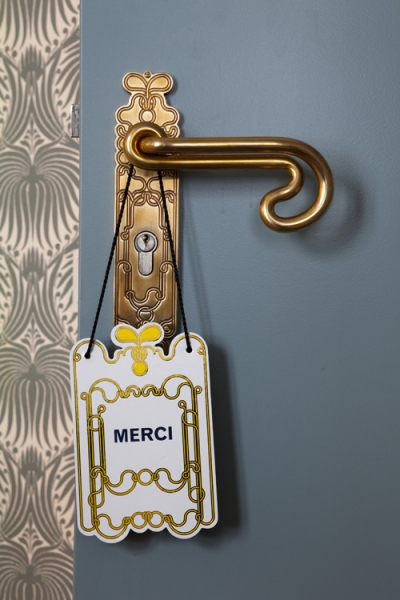 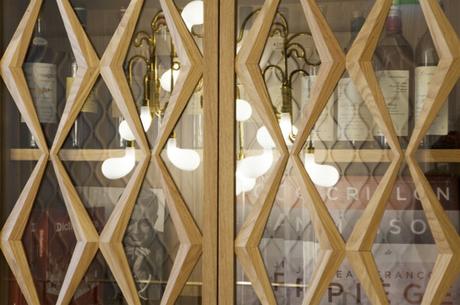