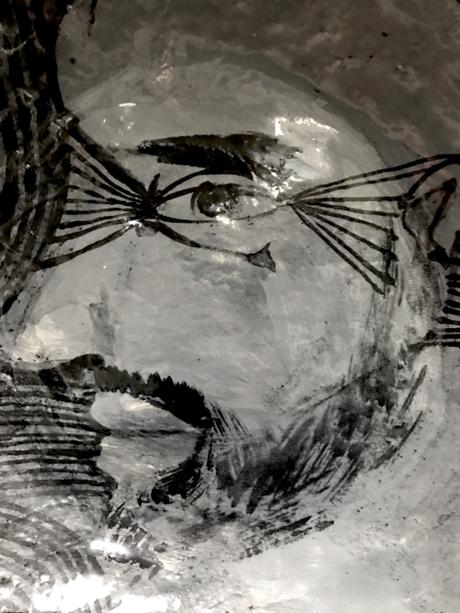 much of what i believe comes from what i’ve seen.
my identity; my body, my environment, my loves.
perhaps my weak sight contributed to a compassionate disgust for others, and if i had never seen myself, would i not fear like rimbaud; that other people see me as i see them?

the brutal innocence of the johari window; awareness and discovery compounded into a relativistic cognitive model; inflexible and requiring too many iterations to be relevant, intuitive interpretation needed.
my concern is with the so called blind quadrant, how much do others perceive of us which we do not.

what is seen can never be unseen,
which leaves me very interested in that what isn’t.

the word strives for acute exactitude which conforms to grammar;

an example of abstraction; a distortion of imagery,

a system of rules guide us to appreciation

but imagination is read without punctuation

in the whispering echoes of the library; his movements were hasty, i could feel the air shiver between us, his breath was short but steady. i kept looking down at the kipling novel i was reading as he sat next to me; i tried to edit myself out
filling my vision only with the vibrating letters of the page which i deliberately focussed on, reading, re-reading to the point of seeing the grain of the paper, but all the time soaking him in, conquered by his blonde, green scent which spilt over the surface of the table with feint traces of pencil lead and cigarettes,
distracted by the heat of his skin underneath that soapy smell, the little sigh which escaped whenever he gently turned the pages of his book. in the few hours we spent together there i never saw his face but i still know that passage from ‘the light that failed’ by heart.

i ask two blind cousins about their dreams in a sunlit room on a sunday visit to the suburbs. they were both born blind through some genetic effect from seeing parents, who divorced shortly after, leaving them to be raised by their mother alone.

the rest of the family finds it too rude.

there is no colour, no shape or light, only a shower of sensations which they describe in rich detail; the weight of a presence or the temperature of a voice.
where i sit on the vibrant and floral patterned couch looking through the window across the summer garden, a certain envy suddenly grabs hold of my own vain sensory depravity.