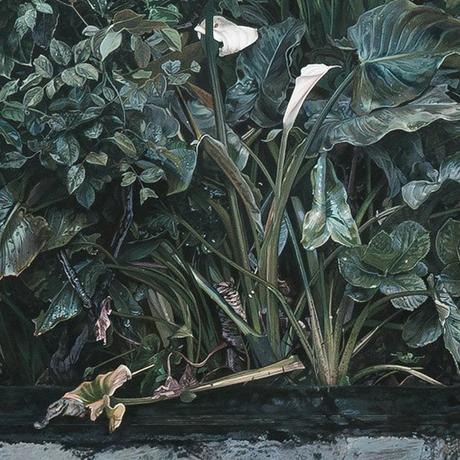 as i’ve mentioned before, stating the obvious, there are some exhibits that are more memorable than others. this is a personal selection process which happens unconsciously for the most part. what i find particularly unsettling is that my emotive connection to south african art has very little to do with patriotism, but more with my low expectations of it’s arts scene; but it does seem to heighten the amazement when something worthwhile eventually surfaces. how this came to be is an expansive and potentially offensive/slanderous rant that i don’t really care to relate.
one of these enlightening moments was in 2011 in cape town. i happened to visit deborah poynton‘s exhibition at stevenson. from the moment i walked in i was struck firstly by the size and detail of the work, seriously wondering if the artist still had a hand left to paint with, and secondly how ingenious the perspective of the work was; the connections made and the perceived presence the viewer has in it. 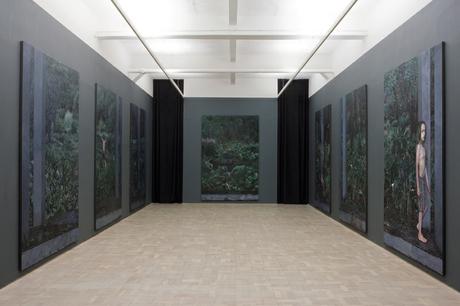 depicting a decaying garden landscape in great detail across eleven massive canvasses does bring one closer to reality, especially with poynton’s style of magical realism. the sheer feeling of a thunderstorm about to break and a foreshadowing gloom is a very poignant poyntonism; the quandry of control and chaos. the suburban references and children’s clothing attempt to contemporise the mythical arcadian reference and compounds the relevancy of that question which is caught in suspense; ‘is it getting better or is it getting worse’ as laurie anderson put it. i found the work more than just a passive reflection of the 17th century sensibility, but an active retreat, in both senses of the word. the lack of a horizon already confines the arcadian essence and the claustrophobic quality becomes both threat and refuge.
i believe the success of the work or at least of it’s impression on me is just this tension in which distance evaporates and the familiarity turns into a reality which involves the viewer in the process. deborah’s work obviously succeeded not only in keeping my attention, but also in awakening an awareness of my own arcadian sensibilities.