You would never call me baby… 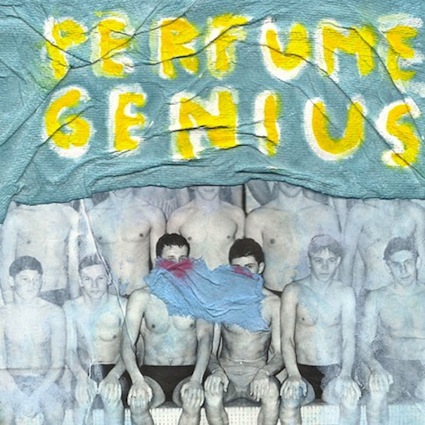 from perfume genius: mike hadreas’s latest album put your back N 2 it the promo video of the sensitive track: ‘hood’, directed by winston chase and also starring gay porn phenomena arpad miklos, was reputedly refused by google for containing unsuitable material and not in compliance with their policies. i might not be as media savvy as them but fail to see how this video contains anything more lewd or suggestive than the average sexy gyrating r&b sista or angry foul mouthed hip-hop teen. the terminology surrounding ‘adult content’ can also be misleading, especially since adults often behave like children themselves. i can only assume that the free and brave country that gave us google are now also imposing their values and controls onto us. strange though that they’d be so upset that the chinese prefer their own search engine. some people just want to be their own dictators. that’s all fine by me but surely you can’t get with that draconian control attitude and still think people should believe your advocacy of freedom of expression. it’s sometimes easy to forget that ‘them good old values’ can bring back ‘them good old prejudices’.
the song that ironically echoes with the consciousness of fickle love and honesty cleverly translates in this video, and then further lives up to it by not getting any of that google-love.
if i sound a bit crapped out it’s only because the hypocrisy of it all. my country which has been the pariah of prejudice for exactly that same reason of values, is currently proposing a bill to end all alcohol advertising. not that i’m any economist myself but it seems a bit rash of principle in a country where unemployment in a beleaguered economy still persists. if we were to regulate all potentially harmful substances, i shudder to think about the consequence to our consumerist commercial existance. in addition, we’ve also had our censorship laws brought under scrutiny due to an artist’s painting that depicted our president in’cock’nito. the whole regulation thing seems a bit like calling the vase ming. i am just too afraid of what it means when a great song and a creative promo video such as this gets treated as suspect - what could be the real reason? perhaps it was just a case of ‘promo’-phobia from google? …it would be such a pity if i had to change my search engine.