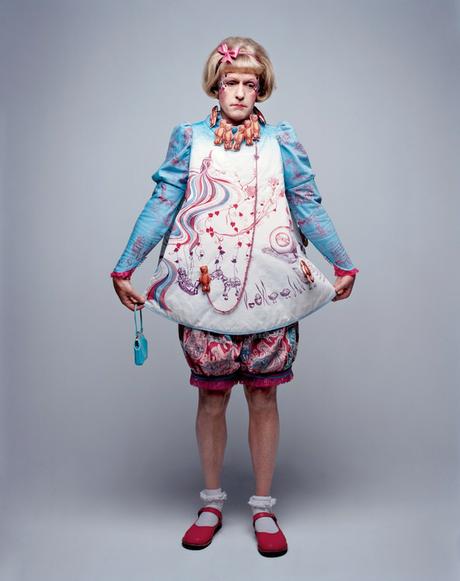 2003 turner prize winner and one of my personal favourites, the inimitable mr. perry, known for among other things, his wit, tapestries and ceramic art, featured in a bemusing interview from his 2009 show at Victoria Miro.

his work often explores the psyche that surrounds modern social behavior and is pitted with educated and humorous commentary; his views on fashion, consumerism and his depictions of his persona(s) are convincing and startlingly insightful. he is currently exhibiting six tapestries in a show called The Vanity of Small Differences at the gallery and channel 4 is hosting a three-part series All in the Best Possible Taste with Grayson Perry; the relationship between class and taste being the main theme of both.