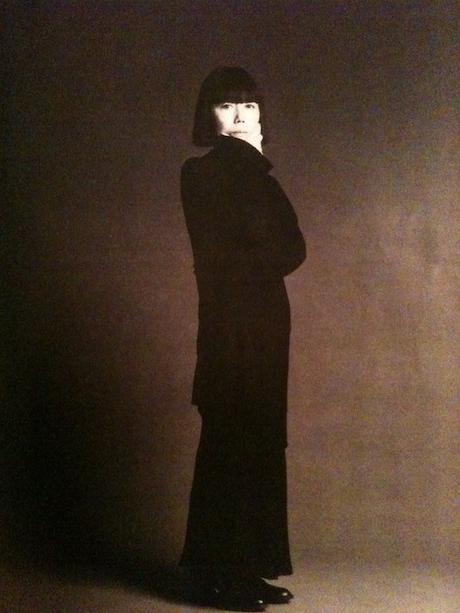 so how did it start for you?fashion, i mean.
when i was very young, up until fifteen or so, my mother made my clothes. and i also wore school uniforms.
in tokyo?
in tokyo. but at one time in school, even though i had to wear uniforms, i did express myself by doing things with my socks.
what kinds of things?
i pushed them down.
radical!
radical. but for that time…
it was rebelious.
yes. it was daring.
when did you realize that you wanted to be a designer?
i started working in the advertising department of a textile company. but i was dissatisfied with the clothes i found to style the shoots. so i started to generate my own ideas for the clothes, and then i realised,’i could be doing this.’ so my first piece was for a cosmetics commercial, and i don’t think it was creative, now of course. however, it was a dramatic chiffon piece…what lay beneath all that was i wanted to have my own business. i wanted to be independent, and at that moment i perceived fashion as a possible route.
it isn’t as if you were born with a passionate desire to be a designer?
no. i never studied fashion. but i had always planned to work.
to work?
to work.ninety-nine percent of the students around me my friends, my peers were planning to get married after they graduated, following the traditional way of an arranged marriage. i had something different in mind!

tell me, what led to the first asymmetry that you did? can you remember?
perhaps it’s my personality.
an asymmetrical personality.
i’m more comfortable with off-balance - the unbalanced and asymmetrical. and from the very beginning i wanted to share that, to express that.
so, rei, you really feel it was better for you not to have leared from somebody else? to have done it all on your own?
yes, because my approach is… well, i suppose you could call it the alternative approach.