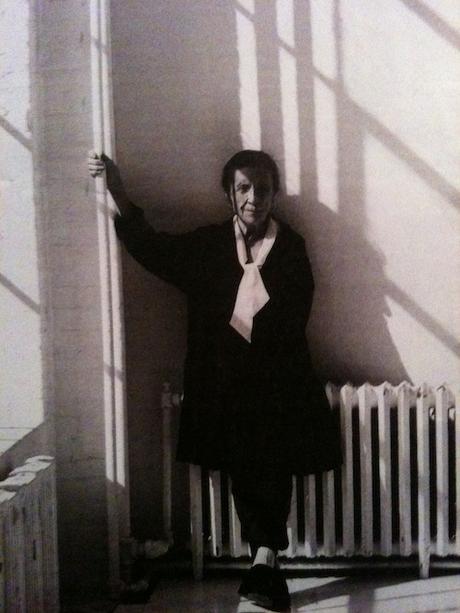 i want to be both secretive and exhibitionist

extracts from an interview by henry geldzahler with the late louise bourgeois. portrait by herb ritts.

three openings in one week! it’s like war.
for me, the tension is before,getting ready for the show…what happens afterward, happens.
you don’t wait for the reviews?
i am not going to answer this!

how do you feel about the graphic arts, making prints?
oh, that’s a waste of time! i know that some people make a lot of money out of it. it’s for artists who have a hard time making money, i suppose.

your family’s business was the restoration of tapestries. has that continued underground in your work in any way?
in my motivation, yes. i always try to repair things that have gone wrong. there is a section of my show…that has to do with lost causes. one of them was the state of health of my mother, whom i took care of for five years, in my late teens. that was a lost cause. the pessimism of it all…so there is that pessimism, versus the motivation to get things right, well done, and on time.
now many of the collectors of tapestries were americans, puritan americans, so no sex anywhere. but my goodness, the tapestries of the renaissance were very sexy- genitalia everywhere! so my mother would cut out the genitalia, very delicately, with little scissors, and collect them.

was duchamp an influence on your work?
not at all. but i knew him personally. he was coy in a sense that he pretended to do nothing. but in fact he was a workaholic. he was working and nobody knew it. he pretended to be indifferent- la belle indifférence-but he was very engaged. he looked fine and debonair, but he suffered like a dog. he was not cynical; he was a romantic who could not admit it.
duchamp said he didn’t like artists.
he didn’t like women artists. he could not conceive that a woman could be an artist. duchamp never bridged the gap between himself and someone else. he was emotionally arrested, and didn’t connect with other people. he was too afraid to.