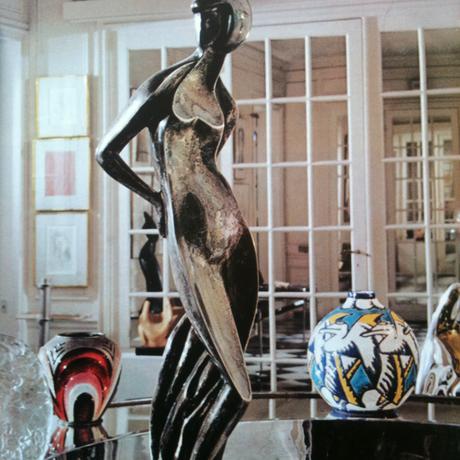 mr karshan’s home after moving from new york to paris, is a veritable exercise in collectable living. ‘while appreciating the dynamism of new york, mr karshan believed that, as in any other city, chauvinism often overcomes curiosity’. being a collector of early and turn of the 20th century artworks and furnishings, he explained his interest; ‘when you start to live with art, you realise that art was made to live with.’ and live with it he certainly did, in their home that is a declared historical monument
the entrance hall’s mirrored adnet bar is dominated by a archipenko silverplated bronze and assoreted vases of lalique, an enamelled vase of camille fauré and bloch. being the curator and director of the archipenko archives it makes sense that mr karshan posesses the largest collection outside the sculptor’s estate. the salon chairs are by printz and one by dufet. the six goya etchings are accompanied by more archipenko sculptures on plinths and on the mantlepiece. the dining room comprises a carlo bugatti furniture set and a gallery of graphic works including odilon redon, cézanne, degas, toulouse-lautrec, munch and carriere.
mr karshan’s fascination with art deco is explained as; ‘the gateway to modern art’ and dutifully expressed in the study. chareau’s fruitwood desk and chair is accompanied by lacquer, eggshell and leather bookbindings of the 20’s. a dufy table stands in front of the emile jacques ruhlmann sofa with another fauré enamelled vase. large posters by cassandre completes the picture. many fabrics are from designers at the the wiener werkstätte, even some by gustav klimt. mr karshan seriously researched every decorative object in his home and rightfully so; ‘when it’s part of your intimate environment, it means something quite different than the transient museum experience.’ 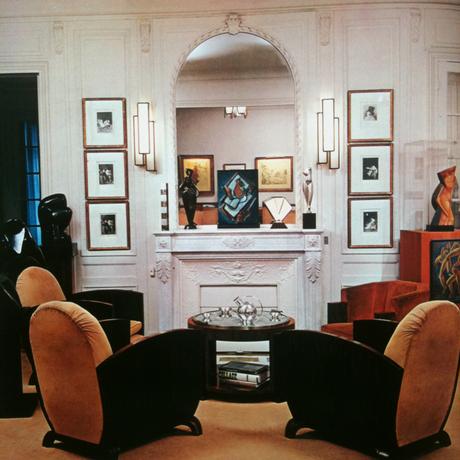 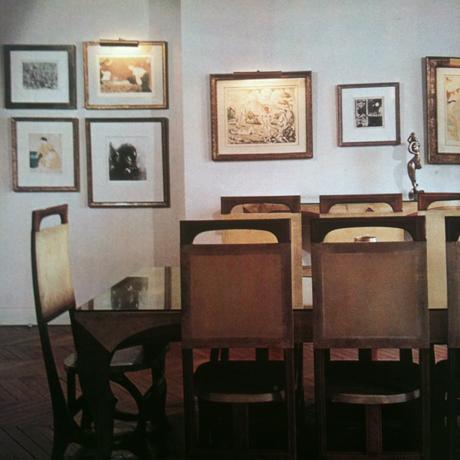 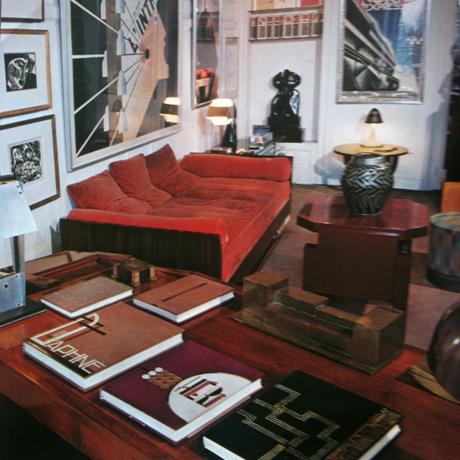 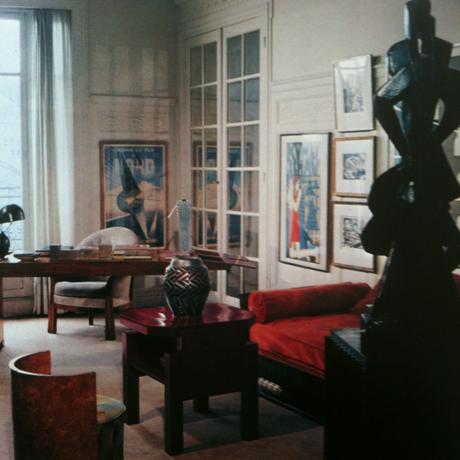