sizzling on the screens of italian cinema in the 50’s and 60’s, sex symbol gina lollobrigida had always been an artist at heart. her passion culminated in a sholarship from the accademia belle arti in rome where she was discovered by a movie scout and started to follow a film career. her art interests later prompted her to take up photography and subsequently she had published picture books and had notable exhibitions.
her home on the outskirts of rome, contains such treasures as works by canaletto’s teacher; luca carlevaris and breughel the younger. a touch of the exotic is visible amongst rare and extraordinary antiques; favourite collectables include her bernini dining room table base of dolphins. the mosaic floor in the dining room is an exact replica of the one in the museo delle terme in rome, balanced by the ostentatious 18th century glass chandelier. in the study a bust of her by jacob epstein.
she clearly had a fondness for many styles and epochs; venetian, florentine and oriental styles mix casually and her bedroom carries envoys of orientalism with satin covered french furnishings. a perfecto grande gesture in the form of a floor to ceiling aquarium separates the bathroom which is covered in glittering mirror mosaic. undoubtedly a nod to her movie star status.
her career in film is what she will ultimately remain known for, but as she admitted herself: ‘i always wanted to be an artist.’ 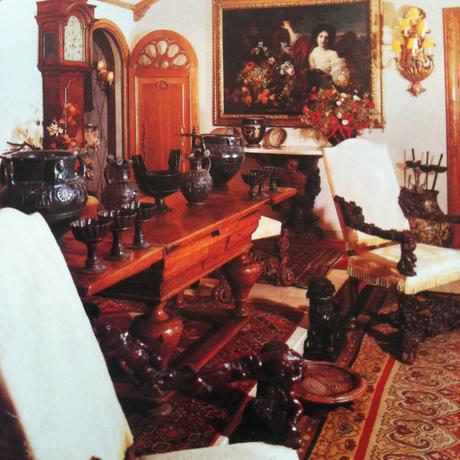 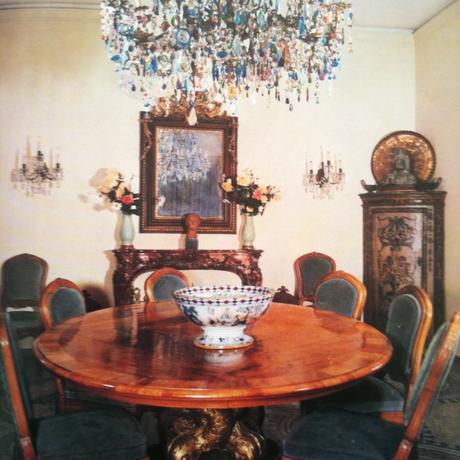 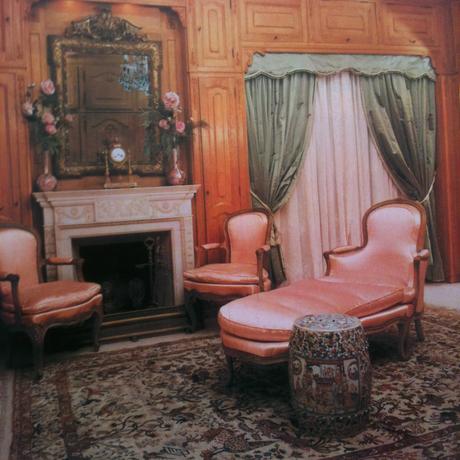