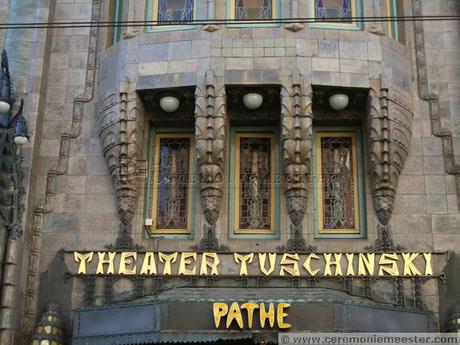 i just finished watching a movie in what is supposed to be the comfort of my own home and couldn’t help missing amsterdam. for few enough reasons, but one that remains as dear as the cinema to me. the tuschinski theatre and a specific moment when that anticipation of ‘a night at the movies’ became almost real again. i believe that era is forever past, but one can get damn close here walking to your tandem booth on the second balcony. 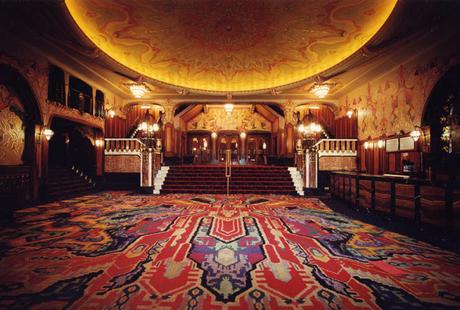 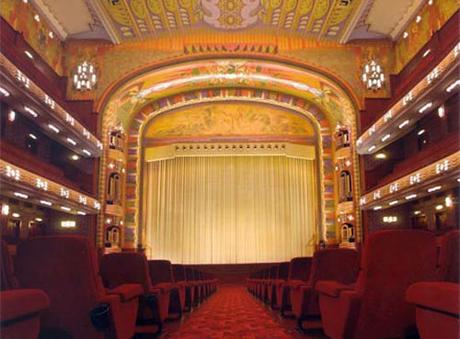 in it’s own style; a mixture of dutch art deco and jugendstil fantasy, this remarkable theatre has hosted greats like maurice chevalier, judy garland, marlene dietrich, edith piaf, dizzy gillespie even Dionne Warwick. the splendour was such, as even now it greatly surpasses any other theatre i’ve been in. built with the latest technologies of the time; climate and ventilation control, stage with ochestra, which only stopped playing movie openings as late as the 70’s, and the wurlizer organ of course. i advise to go with enough time to spare, savouring a glass, yes a glass, of bubbly while inspecting the superb detailing that covers every square centimetre of the place. inside and out. 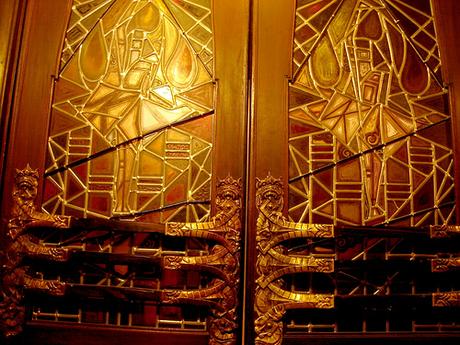 enjoying your refreshments in plush alcoved moroccan styled benches watching guests disappear behind private paneled doors with ostentatious decorations, its hard to believe the tuschinski was the vision of entertainment of just one man. even if it was built and decorated by several architects. during the war, when he and his family were captured, it was briefly named the tivoli, for obvious reasons, but due to the dutch conscience, diligence and persistence, the tuschinski now lives again after a lengthy restoration, which by the looks of the restoration progress of the rijksmuseum and the stedelijk, seems to be the way they do it over there.
it is by no profound coincidence then that the movie i had gone to see there was hitchcock’s spellbound, for that is truly what i was.