Home is in the Colonies

thanks to the imperial minded brits, a great part of africa now aspires to a western identity. with all the pitfalls and political falls, but without the northern sensibilities. our westernised history is only about four centuries old. certainly my personal view is not important but as a pseudo 8th generation emmigree, i must confess i do appreciate the weather. i discovered this old building down the road, an edited gem of victorian colonial and later addition, alteration and general abuse and neglect.
as is my trade, i don’t believe in historically correct restoration, i believe in respectful reinvention. so with a tick-tick here and a tack-tack there, we managed to make it look like something sensible, even though we knew it was just temporary. as one girl so elequently put it: life’s too short to live ugly. the garden had to be invented from scratch though, but the house had good structure with little modernisation, but eventually it become our office for about four years. amongst working the longest of hours, it comprised staff lunches on the verandah, dinner parties and such. very un-corporate, very civilized. not that i don’t appreciate variety, but i decided for sanity and maintenance reasons to keep it white and green. there was so much going on in my life. i was happening to me. moving and shaking (or rather stirring). i decided to leave colour to missoni that season. like william morris i also probably felt the need to break with the dim and dark victoriana. in case you’re wondering, this is the after. you don’t want to see the before. 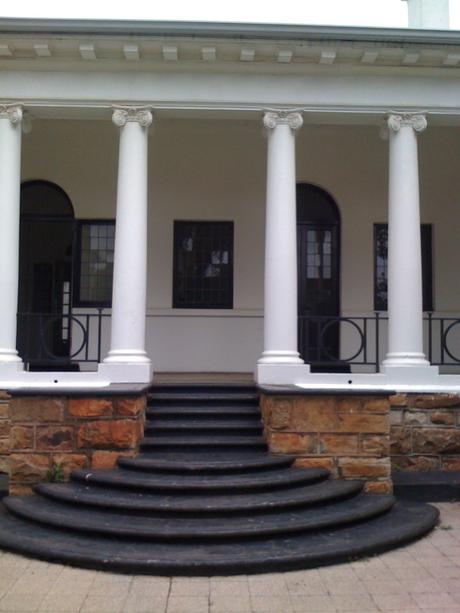 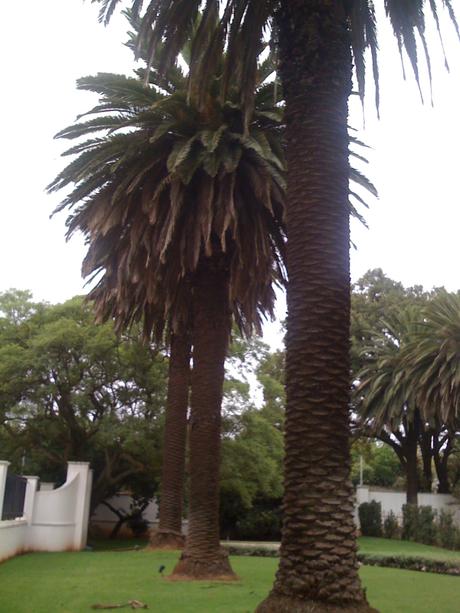 there are 5 of these imposing canary island date palms, that immediately transported you from this dusty mining town. it also makes the house more imposing. i invested in a walled low maintenance garden with parterre style hedging and enough lawn to choke anyone remotely eco-minded. it formed a soft backdrop to the established trees on the property. i often am amazed at the way people go on about their interiors, while every window frames the most abhorrent view of neighbours or worse. my sensitivity in this regard is not often well received. Full marks to frederic mechiche for his half height trellis of ivy in every window box at the trocadero dokhans, paris. it made my visit memorable not to have to share myself unless i wanted to. i’m not shy, just coy. 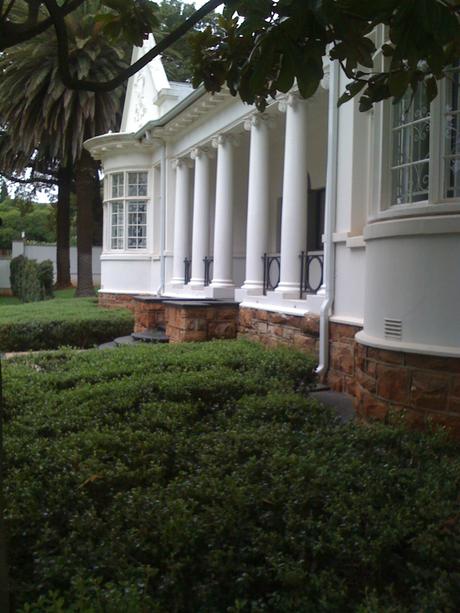